In February 2017 QST carried out the concrete cope beam replacements, extensive concrete repairs and grouting of the fender trouser brackets on berths 34 & 35 within the ABP Southampton port for Raymond Brown Construction.

The project involved upgrading the berths with new fender systems clamped around the existing concrete piles. The berths are used for the 75,000 tonnes roll on roll off vehicle carriers for their global shipping operation.

Due to the high turnover of these vessels it was imperative that the berth closure was kept to a minimum to ensure that during the busier periods such as the cruise ship season no disruption to normal service was incurred.

Working on tidal shifts throughout the program on underslung scaffold platforms and fully exposed to the elements QST completed this challenging project on time. This included additional survey and repair works discovered only upon access being possible to the entire concrete structure that had not been identified on the initial survey.

The existing damaged cope beams were removed using a concrete wire saw and floor saw with a crawler crane supporting the weight until each of the cuts were complete then the 3.5 tonne piece was lifted out.  The shuttering for the cope replacements were a self supporting structure with large bespoke  angle brackets fixed on either side to support the load.  Dowels were drilled and resined into the existing pile cap either side of the cuts, a reinforced cage was then constructed and attached to the dowels all within the shutter framework. Once this had been signed off 1.5 cubic metres of Cemex Promptis C50 concrete was then poured, this is a fast curing concrete that achieves high strength at an early stage allowing the shuttering to be struck within 48 hours of the pour to enable that section to be released back into active service. 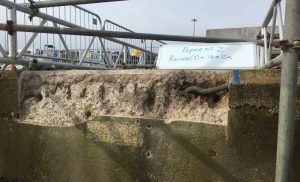 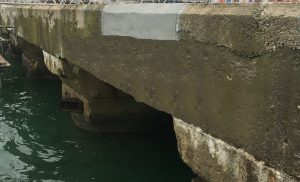 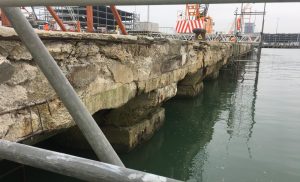 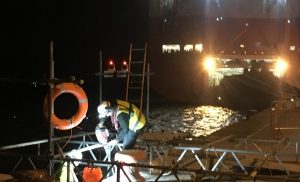 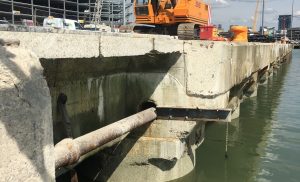 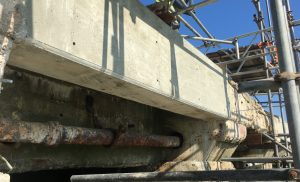 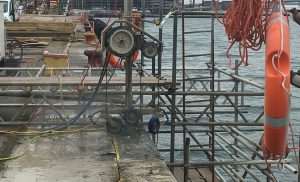 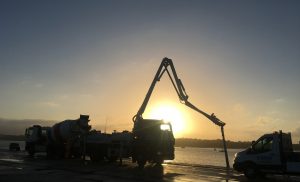 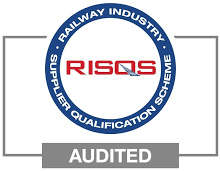 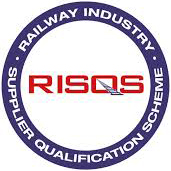